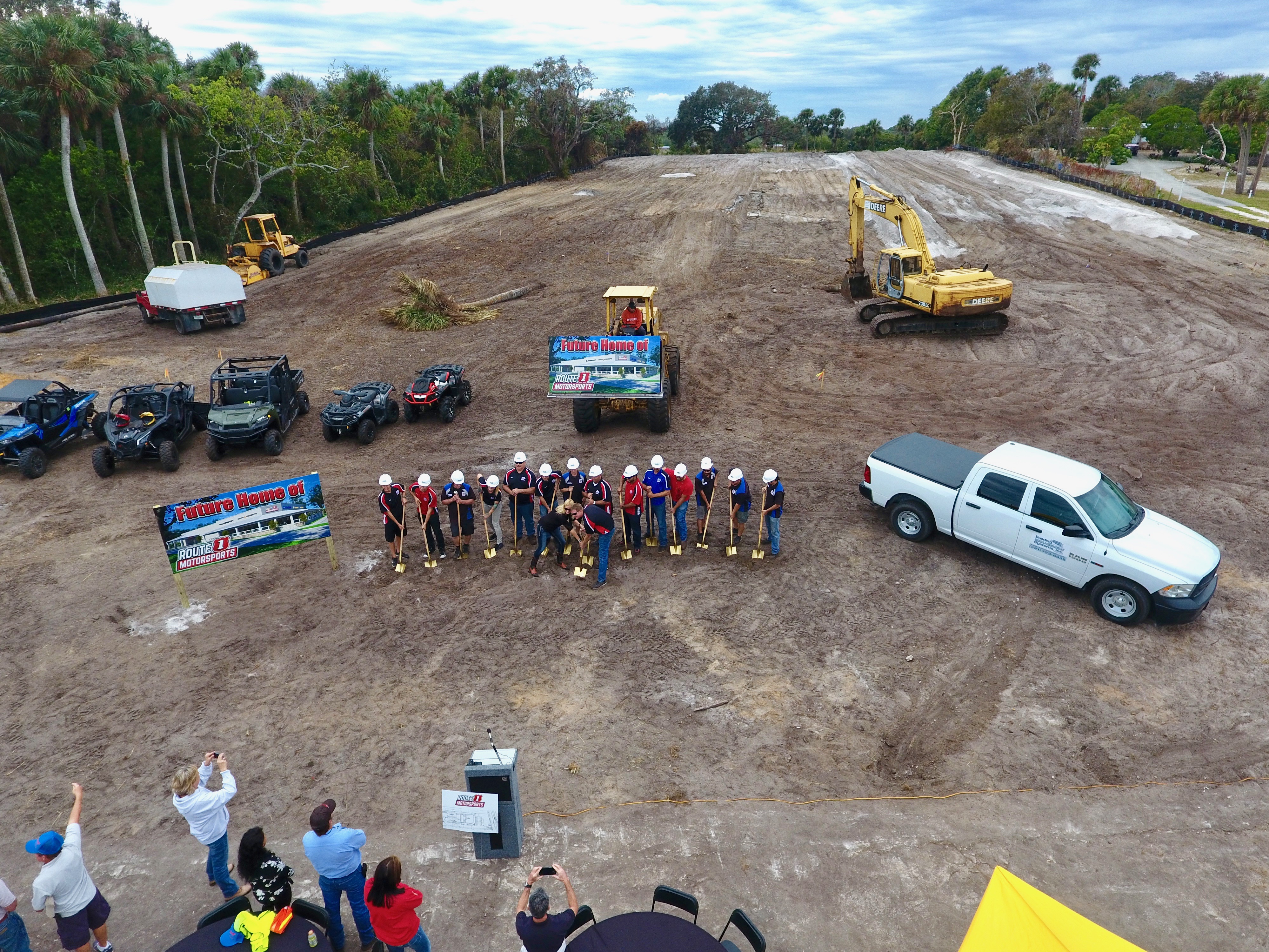 In this four-part series of social videos, we crafted an engaging story that visually narrated the exciting moments experienced as client Route 1 Motorsports saw their dream – of expanding their business with the construction of a new powersports showroom and dealership – become reality.

The primary focus of the overarching video story centered on events that unfolded during two key points in the realization of their dream. The first, was the  press event we produced to bring media attention to Route 1 Motorsports as they broke ground on the site of their new mega-dealership location. The second – which resulted in the final three videos of the series, documented the exhilarating moments from beginning to end as their vision for the new Southern Brevard County dealership took shape.

Below are the videos that LOOK Marketing produced and were subsequently published to Route 1 Motorsports Facebook page and shared with over two thousand of their fans on that social channel. Combined all four videos, generated over 25,000 views and substantial buzz in the local community.

Ground Breaking Press Event
The first video in the series captured the thrilling, emotion-filled ground breaking press event day as the owners,  Willy Carmine and Kellie Wright, broke ground at the site of their new facility near Malabar, Florida.

Leveraging Video Production Technology
In addition to our standard video production equipment, we also utilized our video drones to record sweeping aerial views of the massive lot and obtain footage of the lively show that kicked off the official groundbreaking ceremony.

Facility Construction Progress Reports
The last three videos in the series, followed the building process from start to finish marking significant construction project milestones along the way. The visual progression was shared with Facebook fans to keep them:

Leveraging Video Production Technology
For these construction progress report videos, we once again used a combination of traditional video production and drone videography to capture the full visual story.